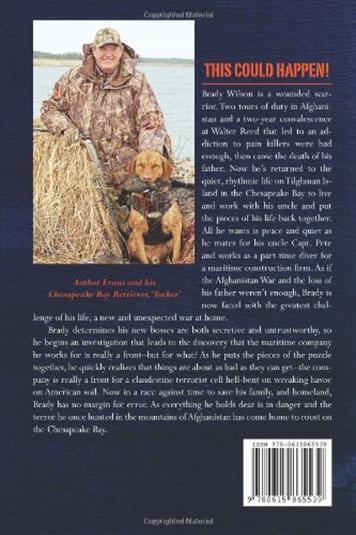 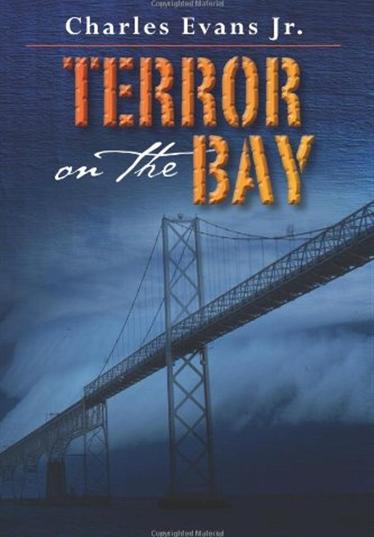 To share with the Public our continued vulnerability to major terrorist attacks in America.

I wrote “Terror on the Bay” because I have a story to tell about how ill-prepared we are to defend our nation against another terrorist attack of the magnitude and ferocity of 9/11.  On a parallel course, I chose to tell that story by focusing on the character and soul of the Chesapeake Bay Waterman - his independence -- his work ethic -- and his courage.

My goal, through the telling of a fast paced and believable story of terrorism, is to share with the American Public how poorly we are prepared for another major terrorist attack.  By exposing the political reality of politicians whose personal objectives supplant their primary duty, to protect the Public, I hope to inform Americans that they are vulnerable to such attacks.  Hopefully by recognizing that vulnerability, voters will reject those politicians who fail to make the security of the people they represent--their number one priority.  At the polls we need to elect qualified leaders who put the public’s safety above their own personal objectives and obsession with “staying in power.”

“Terror on the Bay” is a believable story -- This Could Happen!

Afghanistan War veteran Brady Wilson returns home to the Chesapeake Bay after two years at Walter Reed Medical Center recovering from the damage inflicted on him by mortar shrapnel and the psychological effects of PTSD. Soon after arriving back he uncovers a clandestine terrorist cell and finds himself in a race against time as he once again fights the war on terror -- only this time it’s on American soil. A brooding thriller of almost unbearable intensity, Charles Evans unleashes a potboiler of the highest order in his extraordinary debut.

Now back at his uncle Pete’s place on Tilghman Island and shortly after the death of his father, all Brady wants is the peace and tranquility of the water and the island’s close-knit community to help him continue to repair his damaged body and soul.

Working the Bay as first mate on his uncle Pete’s charter boat, Brady supplements his income as a part-time diver for a new maritime construction company to help support his mother. When he realizes that his new bosses aren’t what they seem, he delves deeper in search of the truth. He comes to a deadly conclusion:  the company he works for is a shell -- a front for a foreign terrorist cell. The clock is ticking as the terrorists’ plan moves forward and the war Brady has been trying so hard to leave behind is about to explode right in front of him.

A breakneck journey into the “world of terrorism” within our midst, Charles Evans’s debut combines shocking twists and hairpin turns with first-rate characters to craft a thriller of uncommon intensity. Its carefully constructed plot reveals a truth many of us would rather not know -- we are ill-prepared for the level of terrorism our enemies are capable of perpetrating. As thought provoking as it is frighteningly believable, Terror on the Bay exposes not only our country’s lack of preparedness but illuminates the courage and patriotism of America’s most powerful resource -- its citizens.

​Soon to be available on Kindle and Nook